Sugarland's return to music has been slow and steady, with the duo releasing their last studio album, Bigger, in 2018 (responsible for their smash hit with Taylor Swift, "Babe"). Now, for the first time since that year's Still the Same Tour, the Grammy Award-winners are hitting the road, and they're coming to Xfinity Theatre on Saturday 6th June 2020! Good things come to those who wait, and you know this show will be no exception, with the tantalising promise brand new music from the multi-platinum-selling hit-makers! Special guest support acts are yet to be revealed, but with the headliners alone, it's going to be an incredible show! 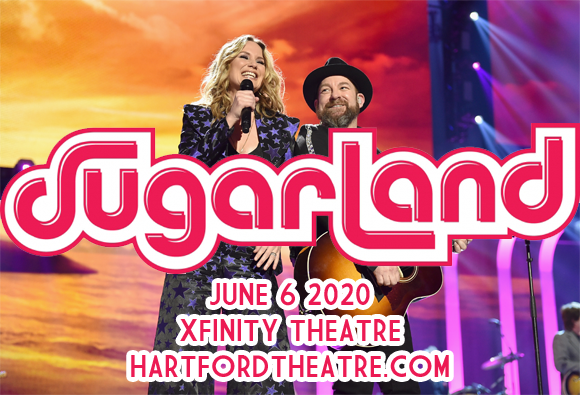 Kristian Bush and Jennifer Nettles are the country music duo Sugarland. The contemporary act began as a trio, when Bush, Nettles and Kristen Hall met as singer songwriters on Atlanta's folk rock scene. After signing to Mercury Nashville in 2004, the band released its debut album, Twice the Speed of Life, later that year. The album was a hit, helped in part by the popularity of its lead single, "Baby Girl," which peaked at number two on the Billboard Hot Country Songs charts and broke several records. After the multi-platinum selling debut album, there was Enjoy the Ride, which proved to be popular on both the country and pop charts. The band released two more platinum/multi-platinum-selling albums and a Christmas album before embarking upon a hiatus from 2012-2016, so that the singers could both concentrate on their family lives and solo careers. In 2017, when presenting an award at the 51st Annual Country Music Association Awards, the duo announced their return to music, which they followed with the release of a new album, Bigger, in 2018.