Country fans get ready for an impeccable line-up as Luke Bryan, Morgan Wallen & Caylee Hammack have announced that they will all be heading down to Xfinity Theatre on Friday 19th June 2020! This Summer, you can catch everybody's favorite Nashville singer-songwriter, Luke Bryan as he embarks on his Proud to Be Right Here tour dates… don't miss out on your chance to hear all of your best loved Luke Bryan songs LIVE in concert! Tickets available to book today. 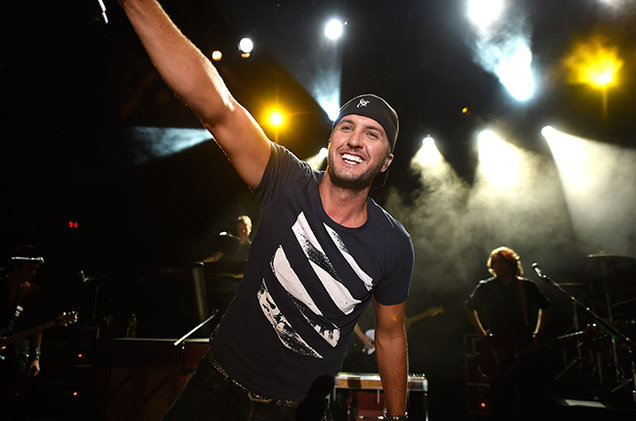 Luke Bryan is one of Country's most successful and popular artists around, with his incredible long list of chart topping singles, he proved early on that he had what it takes to become a superstar name. With a sign to Capitol Nashville all the way back in 2007, the talented vocalist made his mark on the music scene, first by writing for other musicians such as Travis Tritt and Billy Currington.

In 2007, he changed it all as he started to focus on his own solo career and hasn't looked back ever since! Luke Bryan has since given the world a collection of flawless albums which showcase his abilities as a talented songwriter. From his debut with I'll Stay Me, to his 2009 release of Doin' My Thing and carrying on with a successful stream of records including his biggest Crash My Party in 2013, Kill The Lights in 2015 and his latest record, What Makes You Country in 2017.

From his wide collection of material, Luke Bryan has had a groundbreaking twenty three number one hit singles, which has led him to receive nothing but the highest praise from his ever growing fan base and critics and reviewers alike. Luke Bryan's career has truly rocketed to the top and has gained him impressive awards from "Entertainer of the Year" and "Album of the Decade" both which are incredible triumphs for any artist.

Along with Luke Bryan's chart topping music career, he has also taken over our TV screens as one of the judges on American Idol along side Katy Perry and Lionel Richie. Luke Bryan has showcased his experience as a Country musician and continues to help to shape newcomers to the scene during the competition.

Luke Bryan has been busy with American Idol over the last few years, but he plans now to head back out on the road for 2020, to celebrate the release of his upcoming album! This exciting news has got everybody talkin' so come and join in the party and grab those tickets for a night to remember!