Get ready for one of the biggest rap shows of the year as Lil Baby kicks off the Back Outside Tour, coming to Xfinity Theatre on Friday 3rd September 2021! The Atlanta trap King is bringing buddy and collaborator Lil Durk with him and the two of them will be performing tracks from Voice of the Heroes – their red hot number one joint album that was released back in March! Lil Baby will also be performing a headline set of his own and Lil Durk will be performing all his hits too! 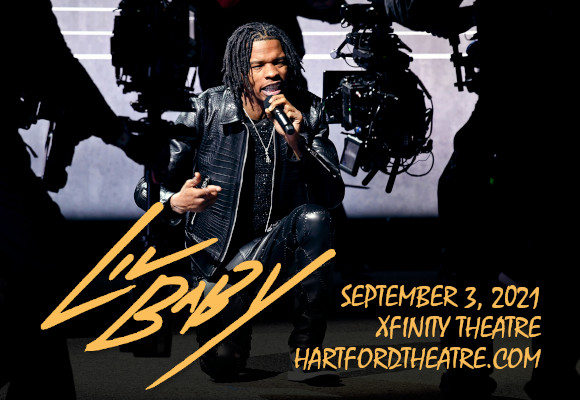 Two years after he launched himself as a rapper, Atlanta native Lil Baby found himself positioned as a hot new talent on the hip-hop scene after his single "Freestyle" from his 2017 mixtape Too Hard became a YouTube hit. Primed by the release of two huge mixtapes in 2018, his debut studio album Harder Than Ever (2018) (featuring guest spots from Drake, Offset, Lil Uzi Vert, and others) launched the trap artist to stardom, going straight in at number three on the Billboard 200 and gaining platinum certification. In fact, Lil Baby had two hits in the top-10 of the Billboard Hot 100 that year – "Yes Indeed" (with Drake) from Harder Than Ever and "Drip Too Hard" from his mixtape Drip Harder. In 2020, he released his second studio album, My Turn, which debuted at number one on the Billboard 200 and has since been certified triple-platinum. It became the most-streamed album of 2020 and spawned two top-10 singles: "We Paid" (with 42 Dugg) and "The Bigger Picture" (which peaked at number three on the Hot 100). He went straight into the top spot on the Billboard 200 once again with his 2021 collaborative album with Lil Durk: The Voice of the Heroes.