With hot new material fresh off the press, hip hop sensation Juice Wrld comes to Xfinity Theatre on Friday 24th May 2019! The Chicago native is bringing tracks from his dope new album, Deathrace For Love, to the stage, as well as very special guests in the form of regular collaborator Ski Mask The Slump God and The Lyrical Lemonade All-Stars! 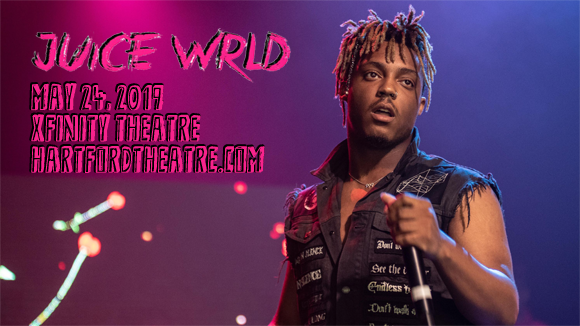 Juice Wrld is an American rapper, singer, and songwriter from Chicago, Illinois whose breakthrough came in 2018 with the release of his debut single "Lucid Dreams", which peaked at number two on the Billboard Hot 100. He released his debut studio album, Goodbye & Good Riddance, in May 2018 with Grade A Productions and Interscope Records. The album launched the singles "Armed and Dangerous", "Lean wit Me", "Wasted" (all of which charted on the Hot 100), and peaked at number six on the Billboard 200, eventually gaining gold certification. Death Race for Love, his second studio album, will be released in 2019.