You didn’t stop believing! Journey are back! And they have teamed up with the Pretenders! And tonight, for one night only at the Xfinity Theatre they are playing just for you! All the Hits, All night long! You do not want to miss this show! Both Journey and the Pretenders are Rock an Roll Hall of Fame inductees and they are going to Rock you tonight with “Lights,” “Faithfully,” “Any Way You Want It,” “Open Arms,” “Wheel In The Sky,” “Separate Ways,” and the seminal “Don’t Stop Believin’! as if that wasn’t enough, theres also “I’ll Stand By You,” “Back On The Chain Gang,” “Brass In Pocket,” “Don’t Get Me Wrong,” “2000 Miles,” “My City Was Gone,” “Middle of the Road.” And so much more! So, for a night of awesome rock music buy your tickets now for Journey & The Pretenders at Xfinity Theatre on Friday 17th July 2020! 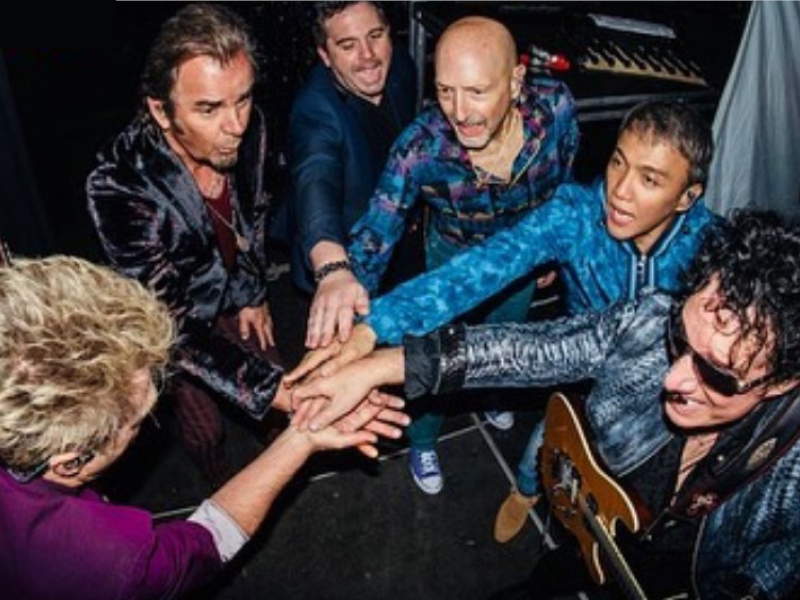 Journey is an American rock band that formed in San Francisco in 1973, Inducted into the Rock and Roll Hall of Fame in 2017. Founding members guitarist Neal Schon and bassist Ross Valory, are joined by long-time keyboardist Jonathan Cain and drummer Steve Smith, and singer Arnel Pineda. The band has earned 19 Top 40 singles and 25 Gold and Platinum albums. The band’s Greatest Hits album is certified 15 times Platinum. Their biggest hit, “Don’t Stop Believin” is a song that has gone beyond its own place and time and has become a cultural anthem, appearing in everything from the TV show Glee, the final episode of The Sopranos, and even as the finale of the Broadway musical Rock Of Ages.

The Pretenders are an English-American rock band formed in March 1978, Inducted into the Rock and Roll Hall of Fame in 2005. With Chrissie Hynde is the only consistent member and Martin Chambers is back playing drums, newer members are Nick Wilkinson on bass guitar and backing vocals, James Walbourne on lead guitar and backing vocals, Eric Heywood on pedal steel guitar and backing vocals and Carwyn Ellis on vocals. The band are true rock and roll legends with 10 albums, with 1 Platinum album, 7 gold and 3 top singles with 13 charting in the top 40!
"I don’t know what to say. This is one of the greatest Rock and Roll bands that ever lived. They went through all the heartache that rock 'n' roll was built on. They lost two key members, and they never gave up, they kept going, nothing would stop them. Chrissie, she’s a rock 'n' roll woman. She’s got it in her heart. She’s gonna be rocking till she drops, and I love her.” – Neil Young