With huge hit singles that dominated both the radio waves and music TV throughout the '90s and 2000s, like "Drive" and "Amber," Incubus and 311 are well-suited tourmates, and they're bringing a crazy cool co-headliner to Xfinity Theatre on Saturday 15th August 2020! The two multi-platinum-selling bands have hit the road together before, nearly two decades ago, and in the meantime they've had 14 top 10 albums on the Billboard 200 between them, and they've continued to grow and shift with the times! Catch these groundbreaking groups with fellow alt-rockers Badflower in support! 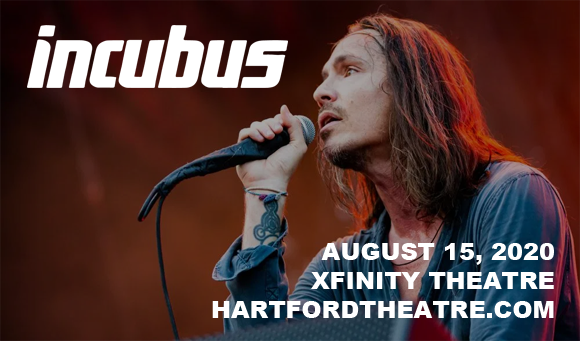 Bringing reggae, hip hop, funk and metal together in a perfectly blended concoction, 311 formed in Omaha, Nebraska in 1988 and first found fame in the 1990s. Named after the police code for indecent exposure in Omaha, following an incident in which the band's original lead singer was arrested for streaking, 311 were moderately successful with their first two albums – Music (1993) and Grassroots (1994). The group's 1995 self-titled album was their breakthrough, reaching number 12 on the Billboard 200 and eventually going triple-platinum. It also produced the number one single "Down" and the hit "All Mixed Up". 1997's Transistor was equally strong – a platinum certified album hitting number four on the Billboard 200 and launching the hit single "Beautiful Disaster". After that, a string of top 10 albums followed over the years, and several hits, including their chart-topping cover of The Cure's "Love Song," which appeared on the soundtrack to the Adam Sandler film 50 First Dates, and the crossover hit "Amber." In 2019, 311 reelased its most recent album, Voyager.