Florida Georgia Line is getting ready to roll, with a little somethin' bumpin' thump, thumpin' on the wheel ride, the truck's jacked up, flat bills flipped back! Florida Georgia Line is joined by Russell Dickerson, Lauren Alaina and Redferrin for the ‘I Love My Country Tour 2021 at Xfinity Theatre on Friday, October 8th 2021. They’ll be hangin' 'round singing out everything on the radio, cos that’s how they roll! Winners of the Top Country Duo/Group Award at the 2021 Billboard music awards, global superstars Florida Georgia Line are returning to the road this fall, and you do not want to miss your seat in the truck, grab some tickets now! Yeah! Baby, this is how we roll! 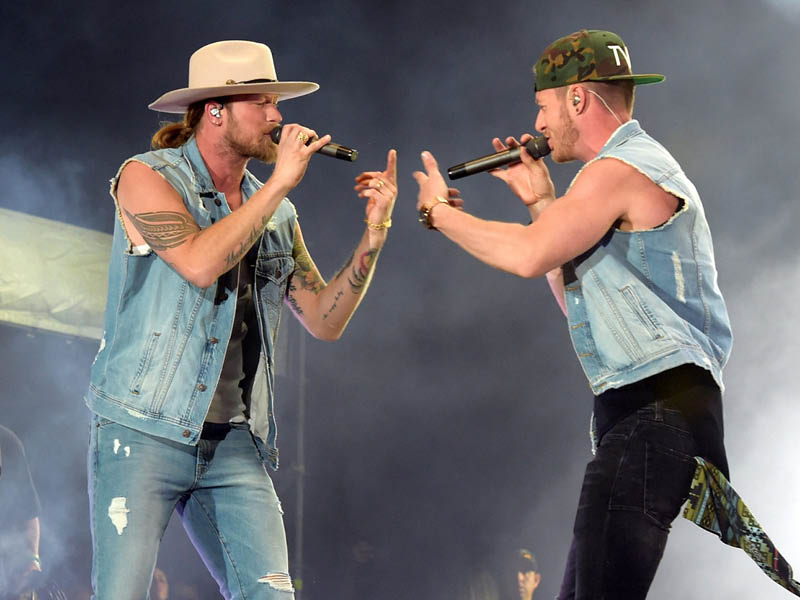 “Touring is back, y’all! This is the longest we’ve gone without being on the road, and we’ve been counting down the days until we can finally say – we’re going on tour! Thank you to our fans for all of your support with our new music over the past year, we truly can’t wait to bring these tunes to the stage,” shares FGL’s Tyler Hubbard and Brian Kelley. “We’re excited to see your faces, feel the energy, and bring some good vibes to your city this fall. Let’s make some new memories!”

Florida Georgia Line busted onto the scene with their global smash single "Cruise," and consequently broke two major sales records: it was downloaded over seven million times, making it the first country song ever to receive the Diamond certification, and it became the best-selling digital country song, with 24 weeks at number one. Their fifth album, Life Rolls On, was released in February 2021, it immediately jumped to the number 3 position on the Billboard US Top Country Albums Chart. The single, I Love My Country, which gives its name to this tour, charting at number 2 on the Billboard US Country Airplay chart.

Multi platinum Nashville-based singer, songwriter, and multi-instrumentalist Russell Dickerson has established himself a prolific songwriter and powerhouse showman through good old-fashioned performances and eloquent song craft spiked with spirit. In 2020, he released his second full-length album, Southern Symphony, led by the singles “Love You Like I Used To,” “Home Sweet,” and “Never Gets Old.”

Runner-up on the tenth season of American Idol, Lauren Alaina Kristine Suddeth, current EP, Getting Over Him, and previous EP, Getting Good, follow her number 1 smash “Road Less Travelled” from her 2017 album of the same name, and consequently the most streamed album of the year 2017.