'We don't talk about Bruno, but you're definitely in to sing your favorite songs from the Academy Award-winning Disney film "Encanto" at Encanto: The Sing-Along Film Concert. Encanto comes to life at Xfinity Theatre on Friday, 19th of August 2022. Watch the entire feature film and catch your favorite songs come to life with an on-stage band who'll play Encanto's much-loved soundtrack live for you to sing along to! Get ready to sing along to "Waiting On A Miracle", "The Family Madrigal", "We Don't Talk About Bruno", and many more at Encanto: The Sing-Along Film Concert. Book your tickets now! 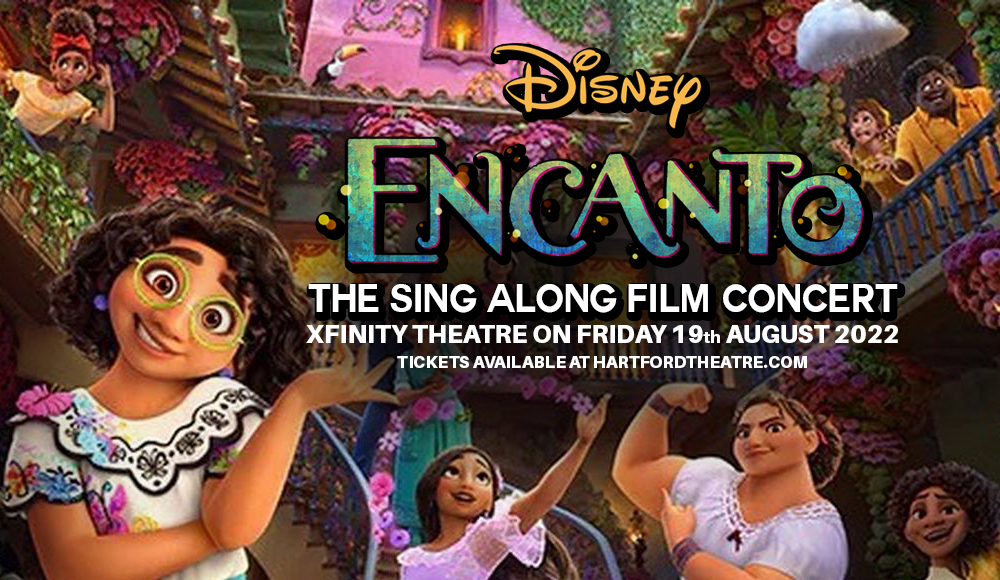 Disney Concerts and Live Nation promise a "one-of-a-kind" show where fans are given a simultaneous film-watching and concert experience to sing along to their favorite hit songs from the award-winning animated film Encanto.

Set in Colombia, Encanto follows the adventures of Mirabel Madrigal as she takes on a mission to protect the magical powers her family holds. The film amassed a number of awards including Academy Awards, BAFTAs, Golden Globes, and the Producers Guild of America.

With captivating and catchy tracks in its soundtrack, audiences definitely know the words to Encanto's songs. The Encanto Soundtrack spent nine weeks at the top of the Billboard 200 charts with its fan-favorite song "We Don't Talk About Bruno" spending five weeks in the top spot of the Billboard Hot 100.

Fans are in it to watch Encanto through a gigantic screen with a live on-stage band to bring its iconic songs to life. Disney encourages all attendees to sing along and relive Encanto's best moments in this one-of-a-kind movie and concert experience in one.

So, save your seat, exercise those vocal chords, and get ready for a night to re-live Encanto at Encanto: The Sing-Along Film Concert experience at Xfinity Theatre on Friday, August 19, 2022. Book your tickets now!