Alright Connecticut! You want it that way?! Then you better be ready for this Larger than life band, it’s the Backstreet Boys! The original Boy Band! Back and at it again, They have extended their DNA World Tour to Xfinity Theatre on Saturday July 18th 2020 so, now is your chance to catch them live! Buy your tickets now, these will sell out fast! "We have the best fans in the world. They come out to party and they sing at the top of their lungs and we feed off that energy. We can't wait to take this show on the road again this summer,” AJ McLean said about their DNA World Tour. 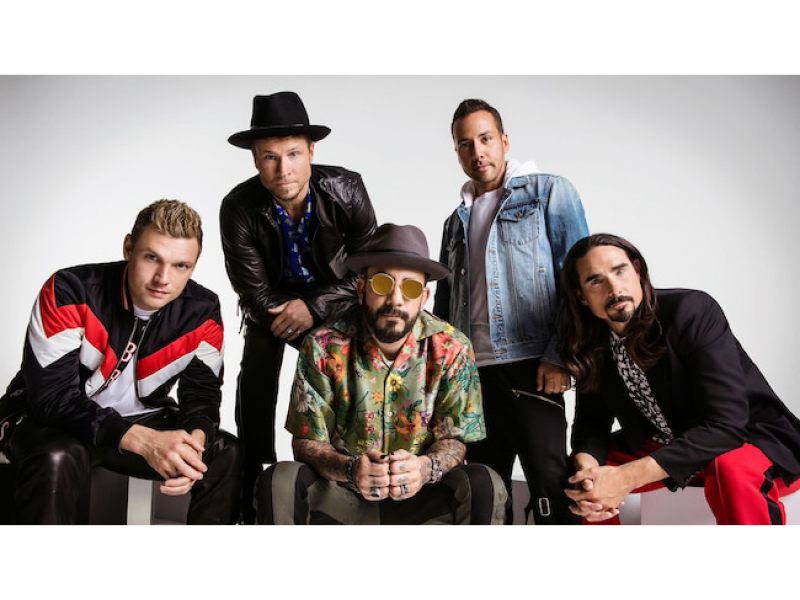 The group rose to fame with their debut international album, Backstreet Boys. In the following year, they released their second international album Backstreet's Back along with their self-titled U.S. debut album, which continued the group's success worldwide. They rose to superstardom with their third studio album Millennium and its follow-up album, Black & Blue. After a two-year hiatus, they regrouped and released a comeback album Never Gone. After the conclusion of the Never Gone Tour in 2006, Richardson left the group to pursue other interests. The group then released two albums as a quartet: Unbreakable and This Is Us. In 2012, the group announced that Richardson had rejoined them permanently. In the following year, they celebrated their 20th anniversary and released their first independent album, In a World Like This. The Backstreet Boys are one of the few boy bands to have continued success long after their peak. Their 2019 album DNA debuted at number one, more than two decades after the group formed. In doing so they have achieved numerous milestones, including the third longest gap between number one albums, at over 19 years, on the Billboard 200 chart.