Enough singing in the shower! Now you've got the chance to belt it all out with none other than the "Queen of Alt-Rock Angst", herself — Alanis Morisette. Indeed, the official word was dropped the her "Jagged Little Pill World Tour" is making its way to this neck of the woods. Catch Alanis Morissette live at the Xfinity Theatre on Saturday 27th June 2020. This night will get more badass as Morissette will be joined by special guests Garbage and Liz Phair. That's one angst-ridden evening of 90s nostalgia for y'all! What's worse than rain on your wedding day? It's the thought of missing this show! No time to waste. Get your fingers clicking that 'buy tickets' link on this site now! 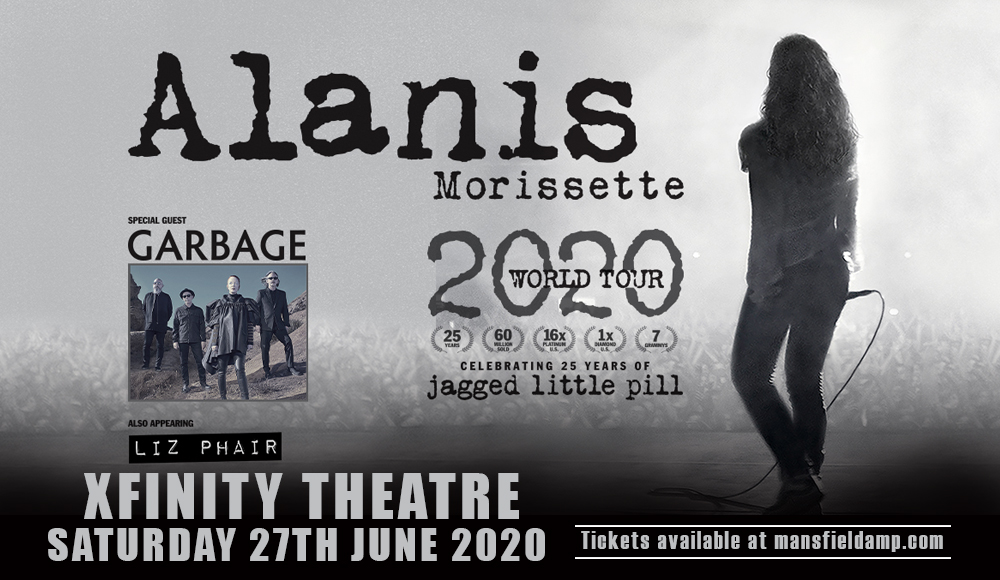 Believe it or not, it's been 25 years since you've rocked your heart out to the colossal hits of Alanis Morissette's "iconic "Jagged Little Pill" album. And you're still so addicted to it to this day, right?

From child TV star to a wannabe bubble-gum pop artist, Alanis Morisette found her voice writing and singing bittersweet tales of broken relationships, troubles with eating disorders, unrequited love, and fighting personal demons, which earned her the moniker "Queen of Alt-Rock Angst" as proclaimed by none other than Rolling Stone. And with that, she was crowned rock superstar.

Being Alanis' most critically acclaimed work", Jagged Little Pill" alone sold more than 33 million copies globally, and her cumulative worldwide album amount to 75 million records. An unbroken string of chart-topping singles on heavy radio and video rotation kept the album in the Top Ten for an astounding 69 weeks. This album was also nominated for nine Grammys, and won five including album of the year. It's been ranked as one of Rolling Stones 100 Best Albums of The '90s.

Don't get all f.o.m.o on this! Tickets are on the move. Act fast, book now!