Are you ready to revisit some memories?? That’s right, Hootie And The Blowfish are back, in celebration of the 25th anniversary of their iconic 1994 album, “Cracked Rear View.” They’re bringing the Group Therapy Tour to the Xfinity Theatre on Saturday 31st August 2019 with special guests the Barenaked Ladies! Don’t miss out on this once-in-a-lifetime opportunity – get your tickets NOW!! 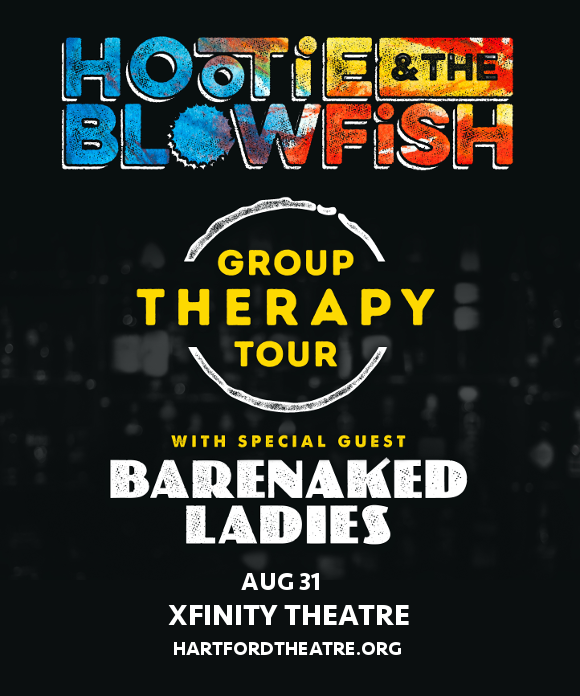 In 1994, Hootie And The Blowfish released their debut album “Cracked Rear View” – to unexpected astronomical success. For the band, the album’s sudden popularity resulted in a shift from playing bars and clubs to selling out arenas and non-stop touring. Eventually, this enabled the band to take what would be a ten-year hiatus and some much-deserved rest. “The idea of going dormant for an unknown period of time can be daunting or scary,” Jim Soenfield said of making the decision for the group’s hiatus. “But we felt like going away for a while, getting back to our families and a little bit more of a sedentary lifestyle might be a good experiment. We didn’t say we were going away for six months or six years. We just said, ‘Let’s go dormant.’

Now, the band are back, and they’re ready not just to tour to commemorate two and a half decades of their astounding first album, but to release all new material in 2019 tour. We can hardly wait – can you?? No? Then hurry and get your hands on those tickets – they won’t last long!!